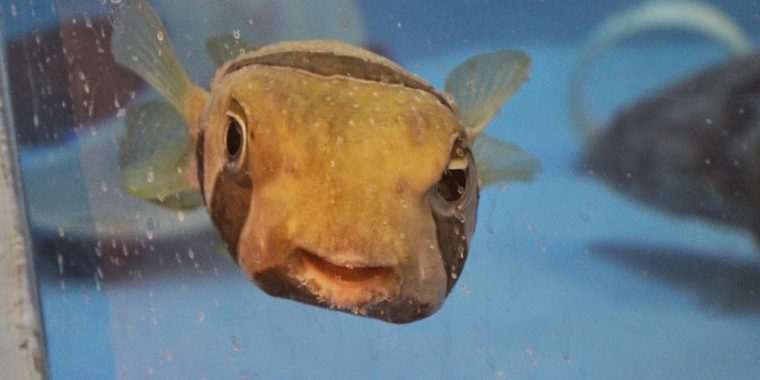 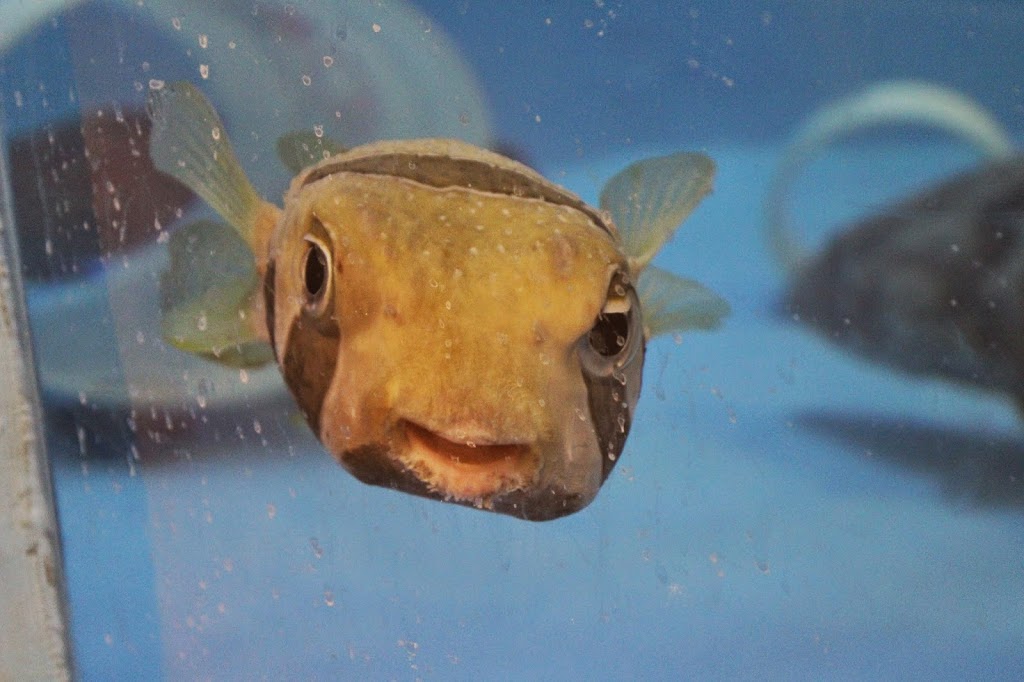 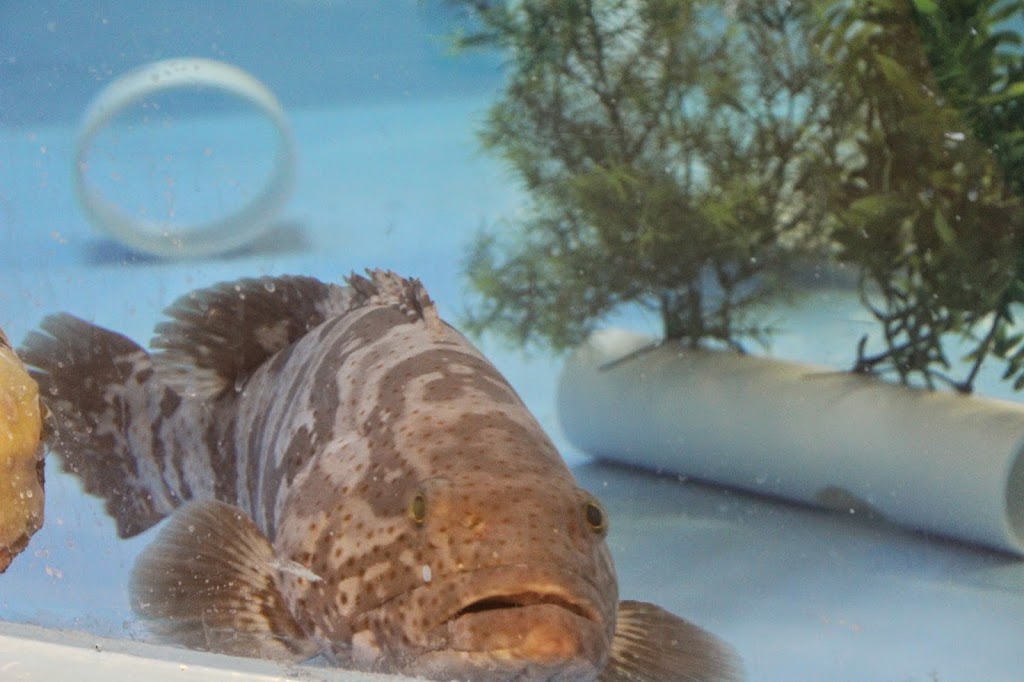 We recently received a large shipment of animals from a supplier in Cairns, Australia. This shipment included many of the fish species that will be on display in our new Shipwrecks Alive! exhibit, including a Tassled Wobbegong, a Black-Blotched Porcupine Pufferfish, an Orange Spotted Grouper, some Spotted Unicornfish and many more.

The star of this shipment, however, is a gorgeous female Zebra Shark! She is approximately 5 feet long and weighs about 30 lbs, and she’s still not done growing. She is what’s considered a sub-adult and will eventually reach a length of 10 feet! 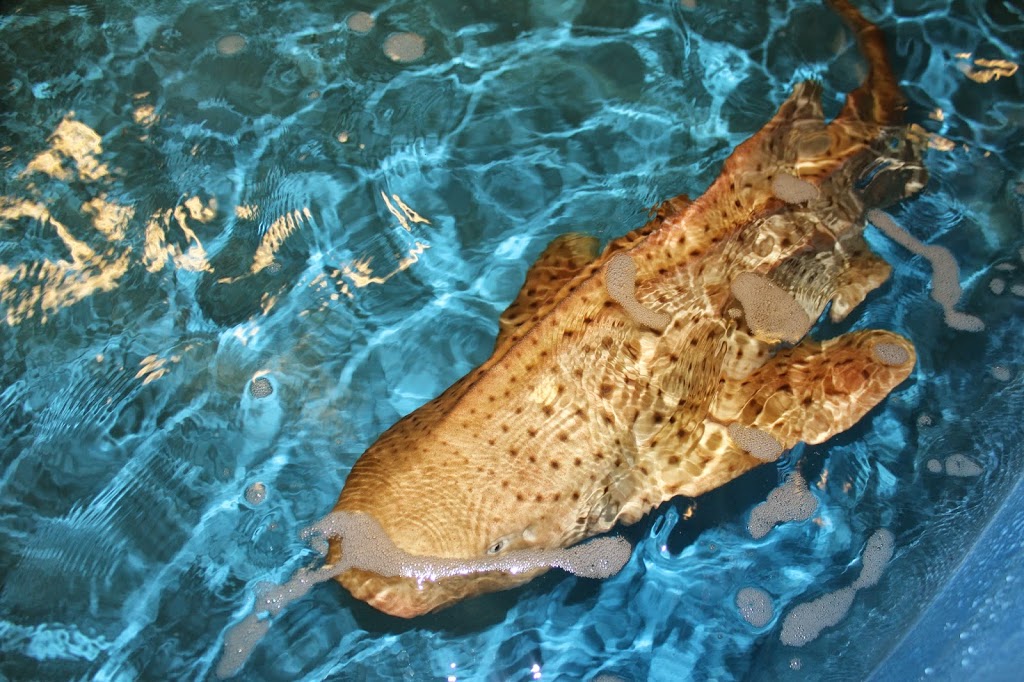 So you might be wondering, how does a 5 foot long shark get all the way from Australia to Duluth? Well, let’s start at the beginning. Late in the evening of February 4, 2012, a Zebra Shark was born at Reef HQ, a public aquarium in Queensland Australia. Our little “pup” (that’s what a baby shark is called) was hatched from an egg after an approximately 4-6 month gestation period. Zebra sharks are oviparous. This means the pups develop outside of the body. The eggs are protected by egg cases with hairy-looking fibers all over the outside which help to attach the egg case to corals or seagrass and keep it from floating away. They can be about 8 inches long and Zebra Sharks will lay about four eggs at a time. The pups actually have stripes when they’re born (hence the name Zebra Shark). As they grow older, the stripes fade and they develop a spotted pattern.

Our zebra shark is showing a spotted pattern

Now getting back to our shark – she spent the first year of her life growing up at Reef HQ and was then sent to Cairns Marine, a fish wholesaler in Cairns Australia. She lived at their holding facility for another year, eating and growing like crazy, until we called up Cairns looking for, you guessed it, a Zebra Shark! After working out all of the details, Cairns packed her up, along with the rest of our fish and sent her on her long journey to us. 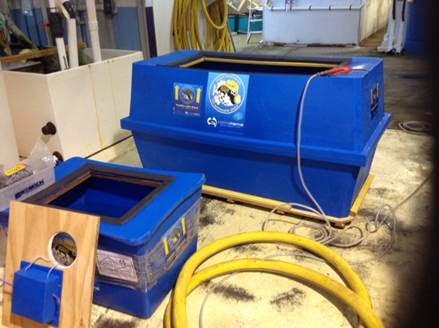 She was packed in a large shipping container filled with water, lots of oxygen, and a pump to circulate the water and air in her container. Then she was put on a plane as cargo (yes, fish are commonly in the cargo holds of commercial planes – think about that the next time you fly!). The plane went from Cairns to Hong Kong, then to Los Angeles. 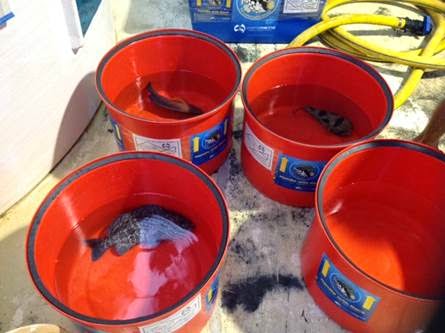 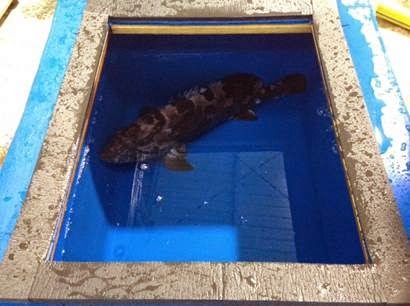 The large orange-spotted grouper traveled in its own container

Because the travel time was so long, a water change needed to be performed so that water quality was within safe limits for the shark. So we enlisted Consistent Sea, another fish wholesaler in Los Angeles, to assist us. They got our shark through U.S. Customs (just like any other international traveler) and brought her back to their warehouse for a water change and fresh oxygen. Finally, they repacked her and sent her on another plan from Los Angeles to Minneapolis, and our staff collected her and the rest of the animals at the airport and headed back to Duluth.

Once we got the animals back to the aquarium (at around midnight!), the real work began. Whenever a fish is moved from one water body to another, acclimation must be done. This basically means that we exchange water from the new tank to the tank or shipping container that the fish is in until both are as similar as possible. During acclimation, we closely monitor things like temperature, pH, oxygen levels and salinity to make sure our fish stay healthy and to determine when they’re ready to go into their new tank. 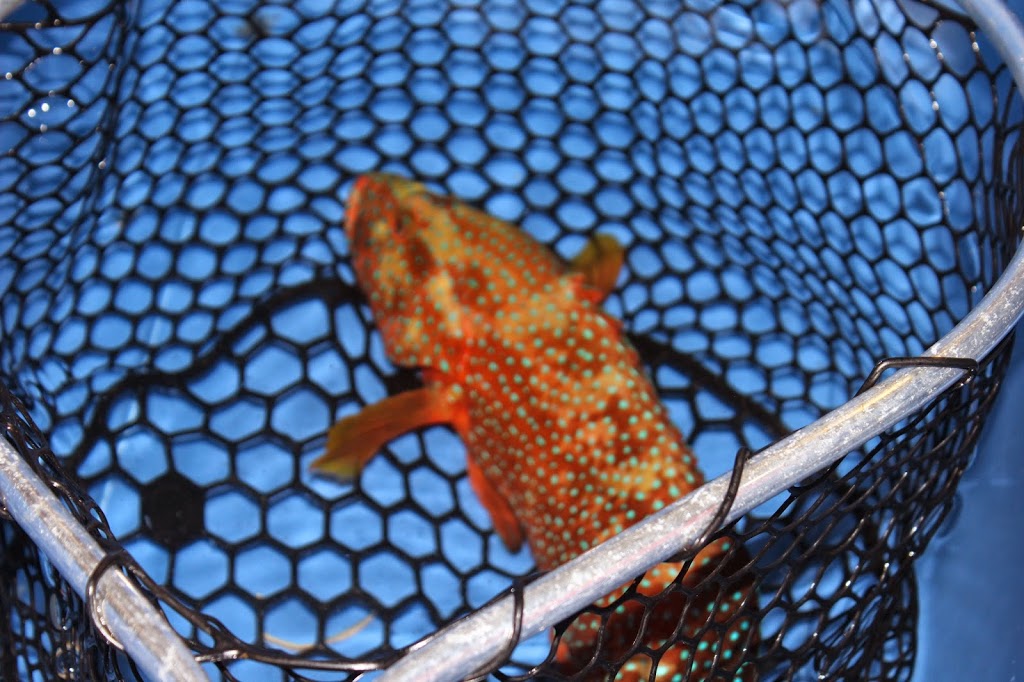 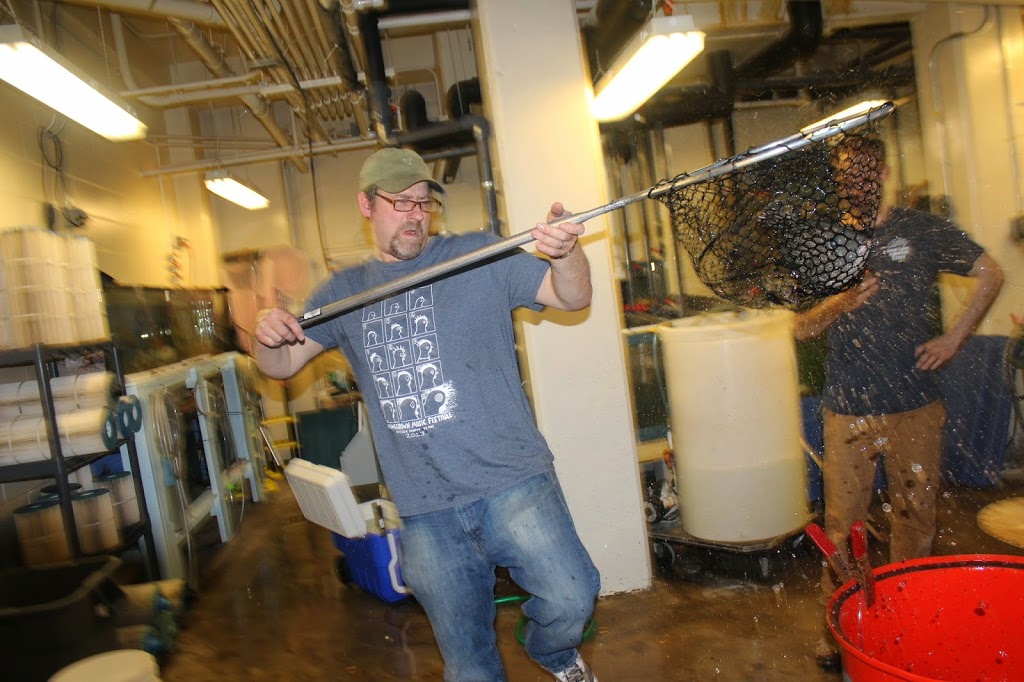 When our Zebra Shark was ready, we carefully moved her from her shipping container into her quarantine tank with a cloth stretcher designed to move large animals like sturgeon and sharks. 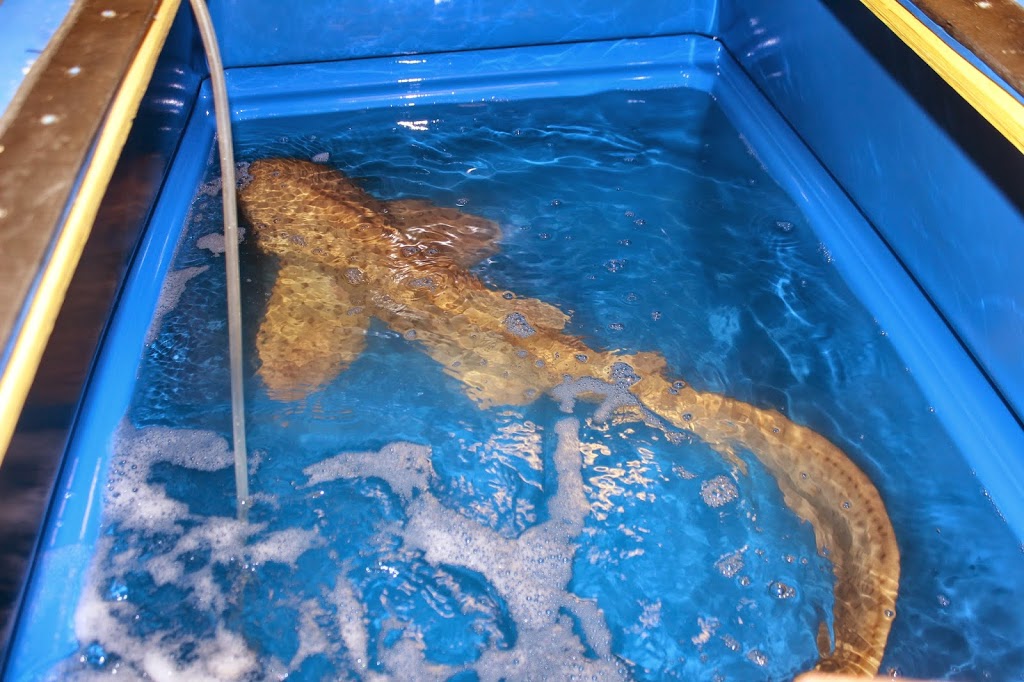 The Zebra Shark will live in her quarantine tank in our Holding area and will go through our standard quarantine treatments to prevent bacterial and parasite infections. Another of our quarantine protocols for our sharks is to get them to eat directly from us using tongs. Luckily, since this particular shark was born and has lived in captivity her whole life, she has already been trained to come to people for food – which makes our job much easier! She, along with the rest of our new arrivals, will remain in Holding until our new exhibit, Shipwrecks Alive, is completed. Be sure to visit her and her tank mates when the exhibit opens in July!