This gallery has an assistive listening system available during live interpretive programs - ask the presenter for a listening device.

Otter Cove is modeled after the real life Otter Cove on the eastern shore of Lake Superior in Canada’s Pukaskwa Provincial Park. Here at the Aquarium, Otter Cove is home to two North American river otters named Agate and Ore. During your visit, you may see these playful otters belly flopping off the rocks, swimming,… View More 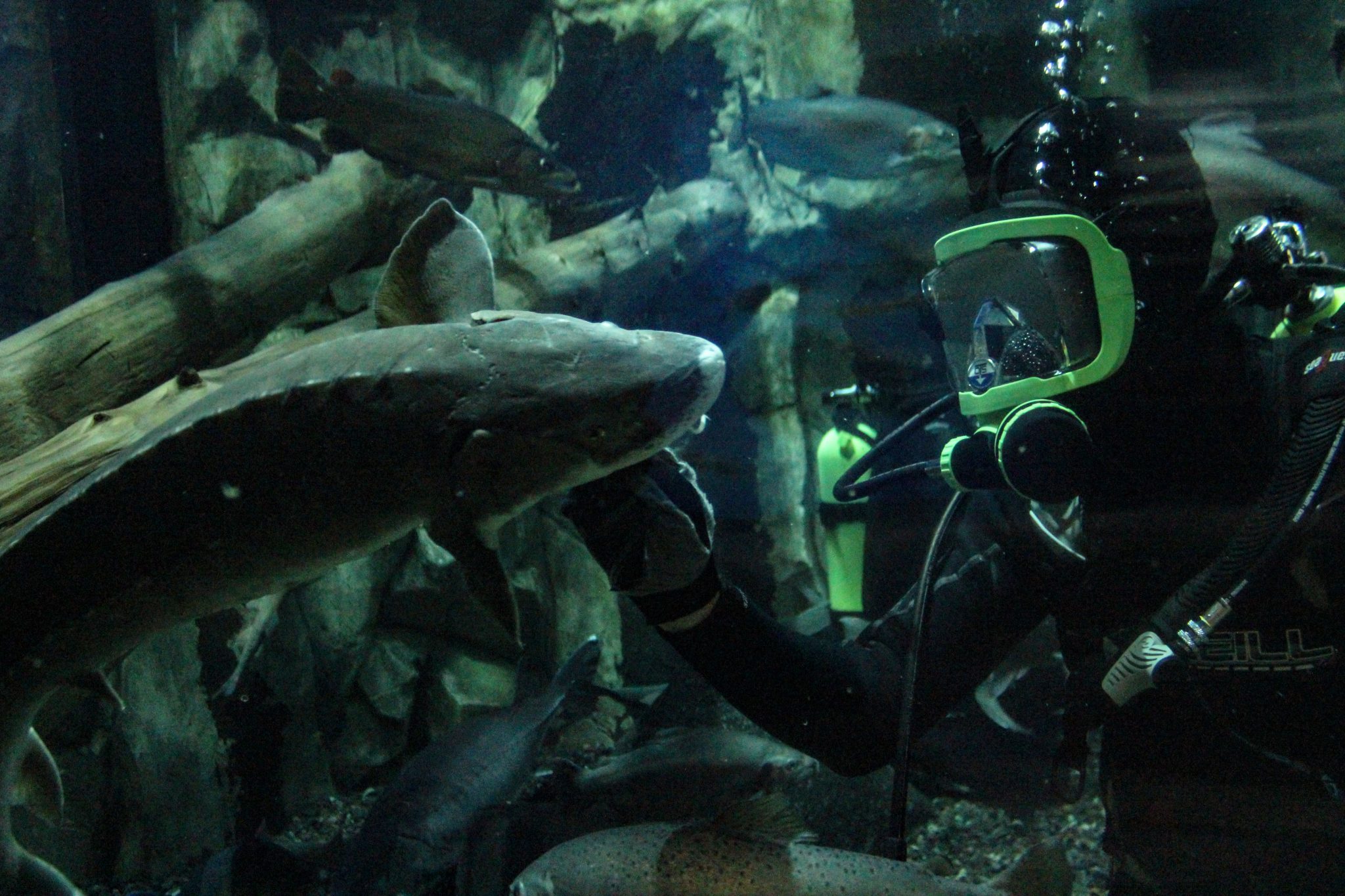 The 85,000-gallon Isle Royale exhibit contains fish found in the Great Lakes. This two-story exhibit is divided into three sections: The largest of the habitats features native Lake Superior fish that could be found swimming in colder, deeper waters such as trout, lake sturgeon, and burbot. Just around the corner is a warmer habitat where… View More