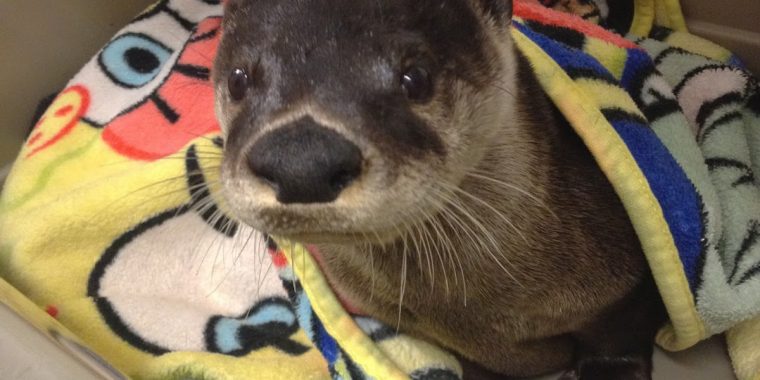 We’ve gotten the same question many times over the past several weeks.

“How is Anang doing?” “How is she coping with her brother’s death?”

Firstly, I will start with the social structure of North American River Otters (NARO) and her personality. In the wild, NAROs are not the most social of all otter species. Slowly, they leave their mother, after spending their first year with her. Sometimes females might stay with their mother and might even help with raising her newer young pups. Or, siblings might hang out for a while. But, in general, they won’t stay together for long. So, on that note, if you see a single otter out in the wild, it could be a male or female, young or old. If you see 4 otters together in the wild, it could be a mother with three pups, two sisters, each with a pup, or one mother with her pups, and a sister (to the mother or the pups). The males mostly never stay with the “family”.

Now, let’s take a look at Anang’s personality. She isn’t social. Have you ever been to another zoo or aquarium and seen a pile of furry otters sleeping together? I have. Have you seen the otters at the Lake Superior Zoo? Helen loves Otto, and he loves her right back. (Side note: when we took care of them after last year’s flood, she would wake him from naps if she was playing alone, or she would go curl up with him… so cute!) Anyways, Anang likes to be by herself.

Secondly, if you look at a lot of wild animal groupings, you will see that when one gets sick, hurt, or just can’t keep up, the rest of the group will leave that animal behind. That’s nature. Right? It makes the most sense, that when Clyde (Zhoosh) was sick, and dying, she wanted nothing to do with him. She probably wasn’t sure what it was, but he obviously wasn’t healthy, and she did not want whatever he had. So, she avoided him. Like the plague. (Yep, that is a real phrase.)

So, the first day that Anang was on exhibit by herself, after Clyde’s passing, she played all day.  She did the second day, too. She played twice as much as she had been. She played with toys, she played with her new hollow log, she played with anything. She has been up early every day (and she was known to sleep in until 9 some days!). I noticed our night guy wrote “very stiff, could hardly move” in the daily notes for the first day she was alone. (I should add that she has arthritis in both back hips and knees.) Her stiffness and soreness was due to extreme playing all day.

She has been very active. I think it is safe to say, that so far, she is doing A-ok. Let’s take a look. 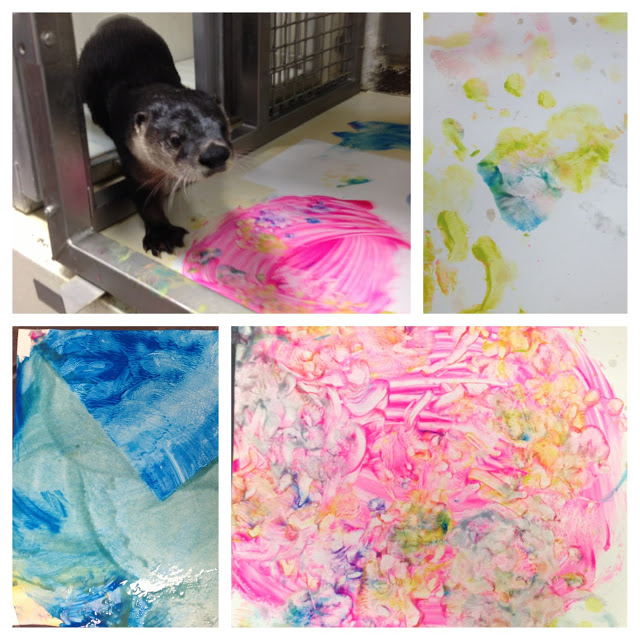 Eating capelin at lunchtime (and she has been so timely lately)!

Waking up bright and early!